Quite a different game from Saturday, eh?  Both were only one goal games but game two certainly took a different route to the finish line.  While Game 1 was a back and forth heart attack waiting to happen, Game 2 saw things change to a defensive battle with both goalies rebounding nicely from their disappointing openers.  The other major change was the third period.  With the score tied going into the final period for Game 1, the Hawks completely dominated the Flyers and scored a single goal to win the game.  With the Hawks up 2-0 going into the third in Game 2, the Flyers dominated the Hawks but their single goal only made me grip my beer bottle tighter for a few minutes before the second Hawks victory.

The Hawks dominated the early play of the game, allowing only 3 shots for the Flyers in the first 20 minutes but were unable to find the twine for themselves.  In the second, it only took 28 seconds for the Hawks to get their win.  Granted, those 28 seconds didn't come til about 17 minutes in... but they count just the same.  In the third the Hawks fell back into a prevent defense that allowed the Flyers to out-shoot them 15 to 4.  Thankfully, only one shot found it's way past Niemi... and that was off a pretty bizarre bounce-pass/shot thingy.  The Flyers made our blood pressure rise but now they have to win 4 of the next 5.

-There was a lot made of Daniel Carcillo's return to the game.  Other than really piss off Tomas Kopecky, jaw with Burish and absolutely flatten Jeff Carter, I didn't see him do much.  That's probably got a lot to do with the face that he sat out almost the entire third period.  If you're banking on a player who was a healthy scratch the game before to become an impact player... you're probably grasping at straws. Unless that player is the aforementioned Kopecky I guess.

-There's something a bit weird about the Corsi numbers.  Simon Gagne, who scored the lone Flyers goal, had the second highest rating for the Flyers with a +7.  The top rating was Kimmo Timonen way up at a +12.  Patrick Sharp led the Hawks with a +9 and only his line with Hossa and Brouwer finished in the black for Hawks forwards.

-How great was it to see Hossa score his first goal of the finals?  He celebrated as if it was an overtime winner.  Again, Hossa was all over the ice and skated every shift as if his life depended on it.  It might not have been a goal that will end up on his highlight reels, but it could be exactly what he needs to get going. That's three points in two games for the finals...

-Leighton certainly had a better game but I still kind of expected him to be pulled after Eager's goal.  There was talk of him being on a short leash and Eager's shot was likely something that should have been stopped, especially given how close it was to Hossa's.  I guess he is still their #1 after-all.

-So Pronger and Eager both received 10 minute misconducts at the end of the game.  It seems Pronger is making a habit of taking the puck after the final whistle and Eager let him know he can keep 'em.  Pronger had a fantastic Game 1 but came back to earth in this one.  He was only a +1 in Corsi and -1 overall.  He and Eager seemed to be getting at each other all game.  Pronger has never been much of a fighter in his career but Eager should still be careful.  The last time he decided to take on a senior citizen didn't turn out so well.

-Oh hey, the Flyers do commit a penalty every once in a while... good to know.

-Dave Bolland continues to get creamed on faceoffs, winning only 26% of the time.  Toews won 63% and Madden won over 80% of the time... so they're picking up the slack.

After giving up five goals in the last game and looking shaky for the first time in a while, we saw the return of the Niemi we all wanted.  He made a few outstanding saves and more importantly, didn't let in any soft ones. It still wasn't his greatest effort but he kept the Hawks in the game during the third when the Flyers poured it on. 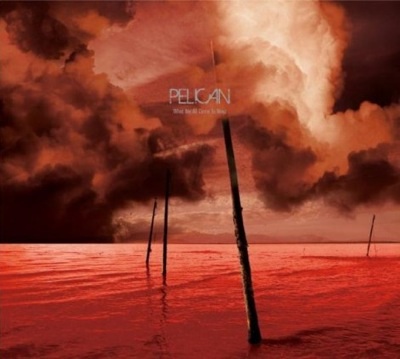