Want Free Blackhawks Tickets? Of Course You Do

Share All sharing options for: Want Free Blackhawks Tickets? Of Course You Do

So here's the good news... we're here to help. You might have noticed the "tickets" option up on our menu bar next to Rosters, Stats and whatnot. It's from TiqIQ an SBN partner that provides us a service for buying tickets to games. You should use it if you want to go to games because the days of walking up to the ticket booth 10 minutes before puck drop and just buying a 300 level seat are long gone... sigh.

Here's what you need to do: 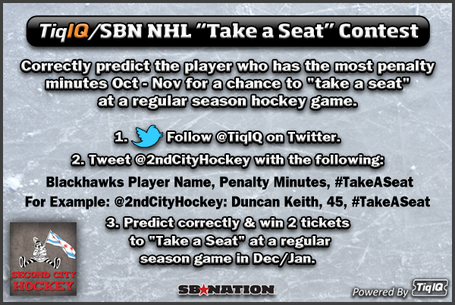 Godspeed you gentle prince and princesses.