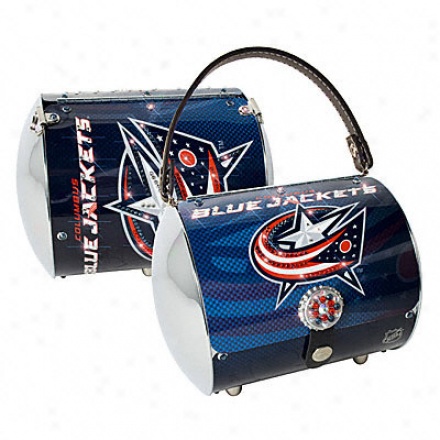 Not ones to let us linger on bad feelings or crushing hangovers - the Blackhawks come home tonight in an attempt to right the wrongs of last night's loss to Carolina.  They couldn't really ask for a better team to face though, as the Blue Jackets had remarkably low expectations this year yet have still found a way to be disappointing.  Their three points so far this season puts them not only at the bottom of the West but the NHL as a whole... even Boston has managed a few wins.  The Jackets got off to an incredibly hot start last year, losing only 5 times from the start of the season to November 24th.  Then the wheels came off the bus in spectacular fashion and losing streaks were a common sight in the Buckeye State.

To fix the problem, GM Scott Howson made a bit of a splash by bringing in Center Jeff Carter and our dear ol' friend turned villain James Wisniewski.  The Carter addition was a clear attempt to find a center for alleged weiner-tucker Rick Nash.  Sadly, someone forgot to tell Howson that simply because a guy is good at hockey and also plays center doesn't mean he's a good fit for his only star player.  Carter plays almost the same game as Nash, not a complimentary style.  Carter is a sniper, not a pass first play maker like Nash needs.  The Jackets may eventually get to figure this out.. but first they'll need Carter to actually play some games.  He'll be out tonight with a broken foot he suffered while running to the store for more hair care products and bleach.

That brings us to the meatball legend that is James Wisniewski.  I won't go into his time here and his departure as we've covered that plenty of times.  What is shocking is Columbus' belief that Wiz is the answer to their power play struggles.  While he did have a pretty good time in Montreal racking up 29 points with the man advantage, Wiz is hardly the answer to a power play problem.  He's got a rocket for a shot, sure, but he's able to get that off cleanly about as often as a lunar eclipse.  What they've got instead is a man who has never seen an opportunity for a hit he hasn't liked, no matter how far out of position he has to go to deliver it.  Actually, in order for him to go out of position, he'd have be in the right spot initially.  I think the only time Wiz is actually in the right spot is when lining up for faceoffs.  After that it's a savage journey to the heart of the American dream for James.  Somehow, Columbus thought this was worth about $33 Million though...

Beyond these two, Steve Mason enjoyed his sophomore slump so much he decided to keep it going for a few more years.  He's currently sporting a .885 Sv% and a Foley friendly GAA of 3.33.  One might think those stats are inflated due to a porous defense allowing opposing teams to pepper Mason with shots but it's not quite the case.  The Jackets are currently 8th best, allowing only 28.2 shot against per game.  And sadly, that's one of the only categories where the Jackets are in the favorable areas.  Everything else they're either at or right near the bottom.  Notably, they're dead last in PK% and it's not even a close race.  They're killing only 64.7% while even 29th place Ottawa managed to kill 72.3%.  They at least don't take many penalties though.. so they've got that going for them, which is nice.

Luckily for all of us, these aren't the Ken Hitchcock Jackets who play the defensive game that brings us to tears.  Scott Arniel prefers the up-tempo attack with all players joining in.  Sadly for all Columbus fans though, he simply doesn't have the tools to do it. A putrid effort like last night may not get the team far but even remotely giving a shit ought to be enough to snag two points and still have time to get everyone out to all of their Halloween parties before all the good candy (and booze) is consumed or the girl dressed as the slutty iPhone goes home. One game likely isn't enough to send Q to his magic line generator but if things start slow watch for him to go nuts.