Share All sharing options for: We'll Use The Tree, Thanks: Preds 4 - Hawks 5 (OT)

After some ho-hum, look at the watch, whistles from the 300 Level performances at the United Center, the Hawks came out with the piss and vinegar (which you should definitely not put on your fish and chips) in front of their fans that we always want to see. Yes, the game went to OT. Yes, they gave up four goals. Yes, Corey Crawford wasn't at his best tonight. But as for the flow of the game, the Hawks were all over the Preds for a lot of it, and especially in the 3rd when they needed it most. If not for Pekka Rinne sacrificing live chickens and goats in the Preds net, the Hawks could have easily stormed for four or five in the 3rd. It's ok, Rattlehead was there to cap it.

-We give the Hawks power play a lot of grief, but right now all it's doing is not scoring. I know how that sounds, other than that Mrs. Lincoln how was the play? The past two games it's created chances and momentum. Saturday it was three canceled out goals. Tonight it was Rinne standing as the lone cog in the dam. McClure sent me a text after the 1st, stating that once the PP scores once, it's going to score a lot. I can't help but agree.

-Can't say I saw Keith's injury, but a shot off the hand is either a busted finger which would be a week, or a broken hand, which would be much longer. Let's hope for the former.

-All the Preds goals were goofy. There's no way the Hawks could adjust for Crawford misplaying a puck that badly in the first minute. Craig Smith's was a bad bounce off Lepisto's skate that really could have gone anywhere but Martin Erat's stick. Even though Hornqvist got to line up from the ladies tees, it's not as though he snapped that one off. Maybe Mayers could be more in the slot for the fourth to clear a rebound, maybe Crawford doesn't need to kick that one out right there, whatever.

-Still, Crawford came up with two breakaway saves, so he can at least pull himself together enough to get the Hawks in with a shout.

-Nick Leddy had his best game, and is starting to assert himself in the offensive zone. The fact that half of it came without Keith as his partner, I'll let you debate whether that's coincidence or not.

-I pointed out in the Indian that Patrick Kane's shooting percentage was sitting at 5.4% or half his career average. The market correction on this will be fun.

-The CORSI's are pretty funny.

-The Preds had serious problems clearing their zone when Weber and Suter weren't on the ice. Kevin Klein is not Cody Franson, and I can't believe that actually matters.

-The only thing I can think of that is keeping Rusty Olesz out of the lineup behind John Scott is he must spend all of practice urinating on himself. Tonight the Hawks won a game essentially two skaters down for half the game. They should not make this a habit. 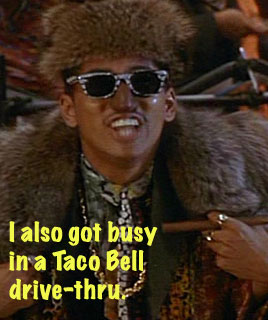 Would have given it to Rattlehead, but two goals and an assist for #88. Humpty Hump gets it.