A Line Drive In The Box Score: Hawks 4 - Jackets 1

Share All sharing options for: A Line Drive In The Box Score: Hawks 4 - Jackets 1

Getting out shot by 16 at home, against the worst team in the league, isn't exactly how you draw it up, but the Hawks made the most of their chances this evening and are the first team in the league to reach the 50 point mark. It's already late, and I'm none too happy about having to go back to work tomorrow, so let's just get right to the bullets. 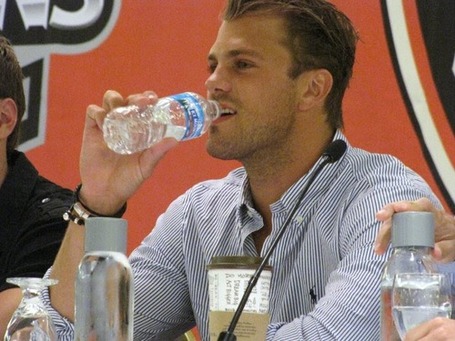 Better than the picture with the Tigers cap, no?