Share All sharing options for: Atop The Sugar Pile 12/7 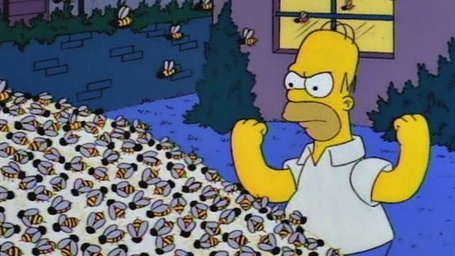 Who was naughty and nice? It's pretty much the Toews addition:

I would have to be awfully creative to put anyone else here, wouldn't I? Toews has simply put on the best display of hockey seen around here since...well, I'll let you debate that in the comments because I can't quite figure it out. Tony Amonte went on a scoring binge at the beginning of the 96-97 season, but his all-around game wasn't on the same planet as Toews's. It's been ages since I can remember a Hawks tied atop the goal scoring charts and among the point leaders this late in the season. Toews's big middle finger to the residents of the cesspool on the Mississippi last Saturday wasn't about as satisfying at it gets. And Blues fans increasingly sad claims that Toews was "soft" constituted a level of comedy writing that I simply will never approach. While it is slightly worrying that the Hawks have become so dependent on these other worldly performances, it's not a huge problem if he keeps it up. Inspiring is probably the best word to use here.

And there isn't really another candidate here, either. We're getting awfully close to having to declare this stretch something far more concerning than just a slump, but maybe a full blown rot. Crawford's confidence has eroded to Oklahoma Dust Bowl regions (see Ms. Stone, I read the fucking thing!), and his game isn't too far behind. He appears now to be caught in between the more aggressive tone he started the season with and going back to what worked last year, leading to terrible movement and angles and he's trying to construct both from different positions every time. The third Phoenix goal on Monday was awful. While he was screened, the puck didn't move across the zone all that quickly to Keith Yandle, and Corey Crawford was still later to the scene than Chief Wiggum. It was clear that Q wasn't pleased. Now the league is also taking dead aim on a dropping glove hand. Ray Emery is going to get a lot more starts, and whether Crawford can find his game merely in practice is something we're just going to have to find out.

You may find it strange that I put him here, as hard as I've been on him. Hammer has become a fascinating study when I finally did some research (who would have thought?) into his metrics. Hammer has the best Behind the Net rating among Hawks d-men, the toughest Quality of Competition, and his the best penalty killer among them. This is all according to the numbers, and while none of the numbers themselves are overly impressive, they still stand alone on the team. The eye test jives at times with this, but lately Hammer's been better the past few games, including a brilliant performance in St. Louis. While Hammer still has a lot of room to improve, those around him might have just as far to go, if not farther.