Share All sharing options for: I Am The Law - Hawks 6, Flames 4

Apologies for not getting the wrap up sooner, but with a later start to the game there was always the possibility that this could happen. By now you've all gotten the blow-by-blow from one outlet or another (maybe even from Chris Kuc, who delivered the ultimate dis by un-following us on Twitter). So let's get right to the bullets, shall we? 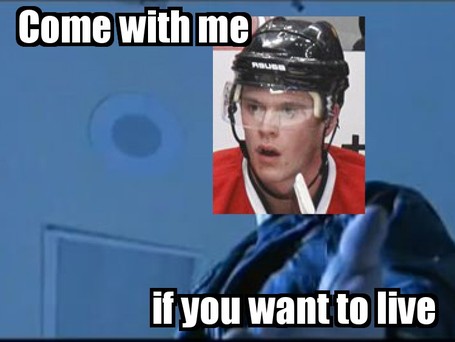 Ok, I know it's like the worst Photoshop ever, but it's not without its spastic charm, and it gets the message across, doesn't it? Graphic design is not my forte.