Share All sharing options for: That'll Do, Pig: Canes 2 - Hawks 5

Somewhere during the 3rd, I thought to myself that if this game had taken place in early March or late February of last year, it would have been just another ho-hum win that the Hawks chalked up against an inferior opponent (sorry Canes fans, but you are what you are). This year? Well, perhaps earlier I would have thrown a small bitch but even that wouldn't be warranted. And with another game tomorrow night against a suddenly-tasty Leafs squad, this will do just fine. It's a win. It's not bad, it's not glad, it's not worthless, it's not a marker, it's just the absolute middle path of a win. And that's seven of them in a row. So who's to complain?

-There aren't even that many of them tonight. So let's start with the Hawks winning 71% of the draws. Jake Dowell went 11-1. Jake Dowell! Sadly, Bolland could only manage 50%.

-Maybe the points accumulated don't show it, but I like this Michael Frolik. He's not the biggest, so he'll get knocked off the puck on occasion, but he's active and everywhere and has shown no signs of being afraid of anything. He's got some goofy linemates at the moment -- though he and Brouwer would make total sense with an actual center -- but this is hardly a bad pickup.

-Noticed Chris Campoli for the first time tonight, and it was on his end-to-end rush where he beat three guys to release Ryan Johnson for his fortunate goal. Um, yeah, that'll work all right.

-Duncan Keith had  a real goofy moment in the 2nd, where under pressure he came up with the idea of letting loose the puck in the slot, but the Canes didn't manage a shot on goal in the flurry so whatever.

-My god is Eric Staal a house.

-Patrick Sharp was nearly culpable for a shorthanded goal against when he didn't come close to working hard enough to retrieve a loose puck, and that's a pretty big crime when Erik Cole is out there.

-The first goal against was a problem of no one covering Hammer's point when he pinched and also Seabrook handing Hammer a complete hand grenade of a pass, "Here dude, I  know you're skating towards the blue line with a Cane draped all over you but let's see what you can do."

-It's pretty apparent that Turco needs to start tomorrow.

- That's the most I can squeeze out of this. It was a game in early March, the Hawks won, can you say more about it?\ 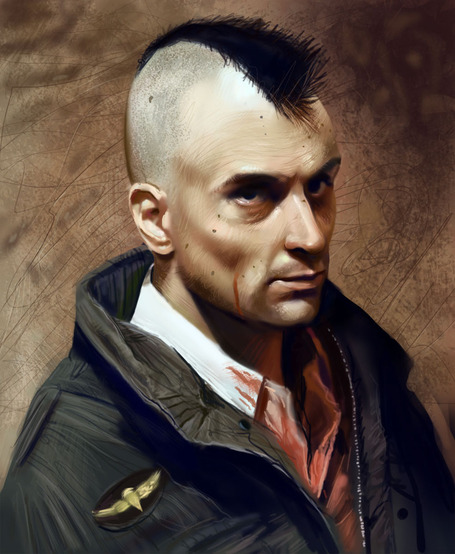 Bryan Bickell. Yeah, goal and assist, but more importantly he hopefully learned that the promise land is in front of the net, where he scored his goal.