Share All sharing options for: Lay It Down: Scum @ Hawks - Preview/Pre-Game Thread/Vomitorium Visit 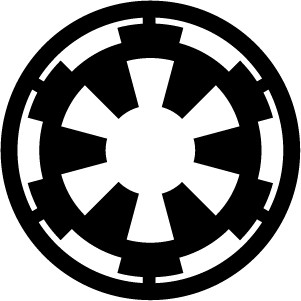 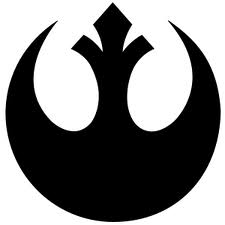 Game Time: They make an 11:30 AM on Sundays too?
TV/Radio: NBC for the USAers, TSN for the Canadiers/ 560AM
A Wretched Hive: Winging It In Motown

First off, sorry if you came here expecting some nerdtastic preview once again. I may have even led you on a bit with the Empire/Rebel logos... but I can't really pull off something like that. Plus McClure's so good at it (read: he's a fantastically big dork) that I wouldn't even do it justice. Fuck.. just go read this whole thing again. It's so good that it deserves multiple readings anyway. It's the same damn teams... it still applies.

Now to the game at hand. When this season began, we had a feeling this series was going to be a big one. So in a way, we were spot on. It is. Unfortunately, we were hoping this series may help decide the fate of the division... maybe the conference if Vancouver didn't decided to freak the fuck out. Instead, the Hawks are on the brink of missing out on the post season all together. As you all know by now, they've received absolutely no favors from anyone else in the league (except for maybe those folks in the War Room, right Conk?). Yet with a single point, they clinch. If not, it's wait and rip out your hair until 5:00 when the Stars take on the Wild, leaving you little to do but pray to whichever deity you deem most worthy.

As Sam said in the wrap though, if the Hawks can play the same way they did on Friday then there's no reason to think they can't easily walk out of here with at least one point, if not another two. This will be the same Wings team with just about nothing left to play for. And this will be the same Hawks team with absolutely everything on the line. Sure, the Wings would love to push out a rival. But these two teams don't seem to hate each other the way the fans do. If the Hawks were playing the Nucks, sure, that'd be a major problem, they'd want nothing more than to keep the Hawks out of the playoffs. There isn't that level of animosity between these teams though, I think the Wings are far more concerned with making sure none of their players break a hip (because they're all really old). They may come out flying in the first to make amends with their fans for getting their cocks kicked in on Friday... you weather that storm though and I doubt you'll see the same fight put up in the second and even less likely in the third. With San Jose's win last night, they've locked up the #2 seed. Detroit's #3 no matter what happens on the ice tonight.

Meanwhile the Hawks can move all the way from 8th to 5th overall with a non-shootout win tonight... at least I think it does. It's 2:00AM right now and while Sam and I agree... I don't quite trust our math. If the Hawks win in a shootout we move to 6th? Fuck... who knows? Who cares? Put the Wings to bed early and we can forget about all these crazy scenarios. Word out of practice on Saturday was Sharp and TomoKop were resting but fine and it seems they're both expected to play for the regular season finale. That's especially good news in regard to Kopecky who has actually been playing very well with Johnson and Stalberg. Keep that line together and with the top two finding a good form again, you've actually got three lines you can roll out. The fourth line.. well it's a fourth line. The team should be rested as the solid lead allowed Q to actual keep the minutes to a relatively sane level on Friday. The Hawks have played tough against Detroit all year. They haven't lost a game to Scum since they raised the banner way back in October... and doesn't that seem like an eternity ago? It'll take one more to ensure the post season... so what do you have left in the tank men? Empty it. Where there's a Toews, there's a way.