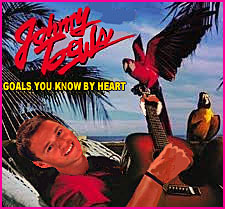 Rumor has it Toews will be rehabbing his hand/wrist/whatever injury in warmer climes. Good for you, Cap. Get some rest: With a nine-game road trip on the docket immediately after the break, and a remaining schedule heavy with division foes and contenders, you're going to need it (and we're going to need you). Now where did I put that salt shaker...

Smith, Pirri do the Rockford shuffle during the break (Trib)

Blackhawks.nhl.com takes a look at Blackhawk All-Stars through the years

The Trib's Chris Kuc and Steve Rosenbloom throw out their mock All-Star drafts (it's slim pickings out there,folks)

Smokey's All-Star Edition of Players of the Week (Madhouse Enforcer)

The Commish gives his "state of the league" to NHL.com

Lidstrom's streak broken by flu, may be human after all (NHL.com)