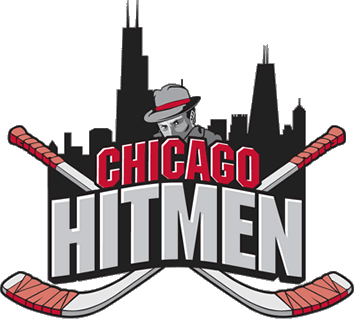 Friend of the program and site Ken Oda asked me to post this to promote the NAHL team he covers out in the burbs. We're always happy to help local hockey.

Hello SCH community, you may or may not remember me, I used to frequent the threads as TK0 and while I haven’t been in the treads much this year I still read SCH daily. The reason I don’t really post anymore is twofold. First, I’m a season ticket holder so I’m at several of the games. Second, is that for the last two seasons I have been the play-by-play voice of the Chicago Hitmen of both the NAHL and NA3HL, and after countless solo broadcasts its kind of nice to watch a game and not have to have a thought.

Anyways I, like Sam and many others, have long believed in the "one big hockey family" concept and the Hitmen need your help. After playing last season in Rolling Meadows, we’ve moved to the Fox Valley Ice Arena, in Geneva, IL. The move was based on promises by the arena that were not kept, and as a result the organization is struggling financially.

As for the level of play in the NAHL, this certainly isn’t just an overgrown youth team. The NAHL is the only Tier 2 junior league in the US. Brandon Saad (yes that one) was the ’08-’09 rookie of the year playing for the Mahoning Valley Phantoms. There are several current NHL players who are NAHL alum though many are admittedly annoying such as John Scott, Cam Jassens, and George Parros, others are talented players: Mike Knuble, Thomas Vanek, David Legwand and James Wisniewski (the last 2 of which are both talented and annoying). Goalies Ryan Miller, Tim Thomas, and Craig Anderson, also all played in the NAHL. The Hitmen this year have several players being looked at by D1 colleges and we have 2 players in the top 25 in scoring.

I could go on and on about the great kids who play for us. They’ve given up a ton to get to this level and each dreams of playing in college and eventually the NHL. A few of the guys are from the surrounding suburbs, most are from out of state, and a one has come all the way from Tokyo to chase his dream. Many of the off ice staff also hope to one day work in the NHL and are working for free or close to it to build resumes. On the ice we’ve admittedly struggled this season thanks to youth and injuries; but we’re finally almost healthy and looking to a have strong finish. We would love to have the home ice advantage that would come with having more people in the stands.

While finding sponsors would be great I’m not asking for handouts. I’m just asking that if you’re in the western suburbs you come to a game and check us out. For $9 you can sit on the glass. We create a family atmosphere on game day and every player is made available right after the game for autographs for kids. For the adults, I can promise you won’t be paying NHL prices for beer. We play 8 home games before the Blackhawks return to the UC and 5 more after that, all of them on weekends. The players deserve the support, and all it takes is coming and watching the game you love.

Thank you and Go Blackhawks.