An Afternoon With The Rats: Hawks at Jackets Preview/Pregame and 1st Period Thread/Leftover Lunch

Share All sharing options for: An Afternoon With The Rats: Hawks at Jackets Preview/Pregame and 1st Period Thread/Leftover Lunch 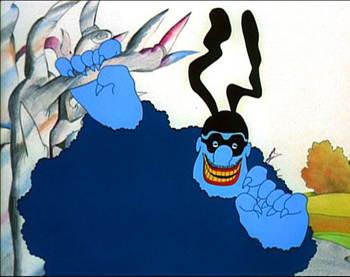 FACEOFF: High Noon
TV/RADIO: CSN, WGN Radio
POOR SOULS: The Cannon
The only good thing I'll say about afternoon hockey is that generally, when the Hawks regularly partake in it, it means spring isn't too far away. Or it would if this city had a spring. It'll be cold until May, I know that.
Anyway, the road trip designed by Mephistopholes ends today, with a final stop in Ohio. Needless to say, all of us will be happy to see the back of it, especially those of us who count on home games for income. None of it was fun except for Thursday, and even that had its bumpy moments toward the end there. I'm sure the players are happy for it to come to an end as well, but they can't play like it. As helpless as the Jackets have been, they're still capable of jumping up and biting a division opponent if you just go through the motions. Should that happen, whatever relief and joy that was gleaned from Thursday's win on Broadway will quickly turn back into the dread a looney-bin material of the past few weeks. The Blues found this out earlier this week.
There's not much more new to say. The Hawks have to duplicate the effort of Tuesday and Thursday. If they do, they should walk out easy winners here. They've been fast with the puck and without it, and that's really the key to their game. It's about using that speed to suffocate space for opponents, and to turn that into possession the other way. You don't have to get to creative to get two points from the Jackets. You just kind of have to want to and that's about it.
For the Jackets, I can't imagine a season that could have gone worse. And because of it, Rick Nash wants out (though he won't say that, deep down you know it's the case) and Jeff Carter never wanted in. They probably aren't the only players who wouldn't mind a change of address, just those with the biggest name. It's going to be another rebuild in Ohio, and you wonder just how much more patience the fanbase there can have. Why Scott Howson is going to be allowed to engineer the trade(s) that will define the franchise for the next five years at least after building the mess that necessitated it, I just don't know. Guess it makes our organizational problems seem more palatable.
Corey Crawford will start, hoping to build on a pretty solid if not spectacular outing against the Rangers. I imagine if he plays well today, he will be wheeled right back out there tomorrow morning (fuck!) against the Blues. Steve Mason, the organ-playing monkey, will start for Columbus with Sanford on the shelf, and he was pretty good against the Blues earlier in the week. That doesn't mean he's been good lately, but if he was every going to have confidence, it might be now. Though that can be evaporated with an early goal or two.
Because of the early start this will double as your 1st period thread. I'll have separate ones for the 2nd and 3rd.
You can't save this road trip, Hawks. That horse bolted the barn long ago. But you can at least come back home feeling like there's still much to be played for and accomplished. Oh, and with Nashville going balls-up with six seconds left last night thanks to Pavel Datsyuk, two wins on the weekend and the Preds are firmly in range. Going to have to pick 'em off one by one, that's the first target.
Let's Go Hawks.