Share All sharing options for: Set It Off: Blackhawks @ Flames - Preview/Pre-Game Thread/Boat Show 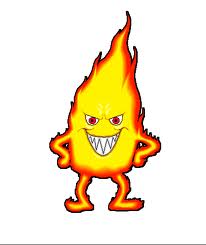 One would think that keeping a team with a sub 2.75 G/game average under 3 goals might not be all that difficult, but based on what we've seen in Alberta this season, that logic might only apply on UC ice. The book on the Flames reads the same now as it has all season; this team struggles to find the back of the net. Despite outshooting Detroit on Tuesday night, the Flames managed just 1 goal to Detroit's 3. Flames GM Jay Feaster Peter Griffin, appears to be trying to resolve his offensive output issue, specifically with the reacquisition of Mike Cammalleri. Cammalleri has managed 2 goals and 14 shots in his 6 games with the Flames this season, but he's finding himself on the ice for plenty of goals against in that same time frame, as he's already accrued a -5 rating.

The Hawks have done a decent job of getting pucks by assumed starting netminder, Mikka Kiprusoff, this season (10g in 3 games), but he's still having yet another solid regular season with a 2.33 GAA and a 0.919 SV%, and when you Hawks-goggle those numbers, he might as well be Tim Thomas.

The Hawks have the formula for beating the Flames down to a science: Marlboro 72 shuts down Iginla's line and the rest takes care of itself. With that said, Leddy and Hammer might just divide by 0 and turn that formula to shit.

Word on the street is that the Flames tend to play timid until they're forced to make something happen on the offensive end and their 63.6 scoring 1st percentage speaks to that (21st in the league). With this in mind, the Hawks should be able to get a couple pucks behind Kiprusoff before the Flames get out of 1st gear. "Wait a second here, getting a nice 2 goal lead in the other team's building, against a team that has trouble scoring first.... Didn't we do that yesterday?" You got me there. Maybe things will be different with somebody else in net. I haven't seen anything on the twitters about the starting lineup, so I'll just have to guess: OD in for Scott, Emery (2-0 vs. Calgary this year) in for Crow, Fro in for Bruno.

If anyone is going to lead the charge for the Hawks this evening, you've got to figure that Jonathan Toews would be the guy. Kane's had a couple of decent games lately; he's generated some scoring chances for himself and for his linemates, and if Toews plays the determined game that we assume he'll play, 88 might be the beneficiary. The eye test shows that Kane's played pretty well against the Flames in his career, for whatever that's worth.

At the time, I figured the last part of that comment to be hyperbole, but at 0-1-1 with 11 GA, the Hawks have put my worst case scenario in play. During the second intermission of last night's game, Edzo, Foley, and Konroyd couldn't wait to tell you how the third period could very well shape how the road trip would play out. Tonight, I'm guessing that we'll hear about how the Hawks response to last night's debacle will be a major factor in what happens over the remaining two legs of this trip. I don't really know what to expect anymore, so I'll leave the soothsaying to our beloved broadcasters on this one.

Many of us are hoping that Stan Bowman remains patient, and looks for the right move rather than the knee-jerk reaction, but another poor performance by the Men of Four Feathers tonight could force his hand.