Some Were Studyin' Some Were Sleepin'. Some Were Shouting, "Texas #1!": Hawks at Stars Preview/Pregame Thread/Storyboard Session

Share All sharing options for: Some Were Studyin' Some Were Sleepin'. Some Were Shouting, "Texas #1!": Hawks at Stars Preview/Pregame Thread/Storyboard Session 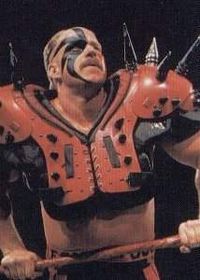 FACEOFF: 7:30pm Central
TV/RADIO: CSN +, WGN Radio
BBQ PIT: Defending Big D
And they are number one, or at least Dallas is, in the Pacific Division. Seems like eons ago that Dallas was debating whether or not to move along Steve Ott, or Brendan Morrow, or Mike Ribeiro, or all of them in an attempt to gobble up assets for another attack run in the future. Now, they're clear leaders in their division with the other three teams racing with them hardly looking like they can put a run together to catch them. Strange days indeed. Most peculiar, mama.
There is a small added intrigue to this little soiree tonight, as there's a better than miniscule chance that we could be doing this dance again on April 11th or 12th in Game 1. While both the Stars and Hawks will have a few more twists and turns in their tales before everything is settled, if the season ended today that's how it would look. While there's been discussion among ourselves on the Twitters about how that would be just fine with us, any team that rips off points in 11 straight games -- as the Stars had done before getting worked over in Winnipeg on Wednesday -- is not one to be trifled with. That is all you ever need know.
How'd they do it? Kari Lehtonen going 8-0-1 in his last nine starts might have something to do with it. He's been marvelous lately, only giving up more than two goals to Pittsburgh (who currently pretty much sneeze three goals at least) and the Sharks where he faced 48 shots and the Stars won anyway. So if you thought the Hawks were betting a break after the Lundqvist-Quick-Halak gauntlet they just came out of, well you're very much mistaken .
At the other end, it's the Swedish Patrick Sharp doing the work. If Loui Eriksson played in Canada, they'd have elected him to Parliament by now. Simply a wonderful player who just always seems to be at the exact spot he needs to be, He's got 14 points in his last 11 games. On the second line is Jamie Benn, and I was one who was skeptical of his move to center this year and now feeling like an idiot. He's got seven points in his last eight. And oh wonderful, look who returned to his wing recently, none other than world-class badass and probably player I'd be most likely to kill a hobo to get on the Hawks Brenden Morrow. Just wonderful. And Michael Ryder has 30 goals without looking like he ever cares. So the threats are not miniscule.
It's the blue line, however, that I think Hawks fans take a look at and start to fancy their chances in a playoff series. Stephane Robidas is a brave and honest player, but a #1 shutdown guy he is not any more, if he ever was. Trevor Daley is another fine player, but you wouldn't want him defending a lead if your life depended on it. I've always liked Alex Goligoski, but he's been punted down to the 3rd pairing these days.
As for the Hawks, Hjalmarsson is taking part in the morning skate so he could be a go for tonight until something else falls off of him. Corey Crawford is starting, as he would have been if Emery wasn't currently hovering over a toilet somewhere. Lineup should be the same as the win over St. Louis.
If I'm Patrick Kane, and I'm not, I'd prepare for a long night of Vernon Fiddler being all up in my grill and Adam Burish telling my secrets to all the other players on the ice in my left ear. Fiddler is one of the better checking centers around and an even better irritant, and he'll also be dicking Kaner at the draws. So that'll be fun.With Kaner's work rate seriously upped since Toews's injury, the guess here is that Quenneville tries his hardest to get him out there against Ribeiro, whose give-a-shit meter runs wild from night to night.
But to get a win and pierce Lehtonen, the Hawks are going to need contributions from everywhere. The second line came in against St. Louis with a goal from Stalberg and an all around solid effort. It's Dave Bolland's line's turn, and it would help if they go turnover machine Andrew Shaw (sort of Canadian for Jeremy LIn) off of it and Michael Frolik back on it. But as long as the Hawks are winning, Brandon Bollig will continue to waste our time for five minutes a night and Chicken Hawk will continue to be out of his depth on the 3rd line. That's just the way things go. .
Win tonight sees the Hawks go five clear of seventh, and would actually put them just as close to the fourth place Scum. Yeah, that's right. It also keeps the streak going, with the clown car Capitals in on Sunday followed by the Jackets and firmly entrenched in March Doldrums Canucks. If the Hawks can get three or all of these four, they'll pretty much have a playoff spot locked down. Maybe. But you gotta do that first, and you gotta win this one first, which the Hawks haven't done in Dallas in two years.