Share All sharing options for: Atop The Sugar Pile 3/19 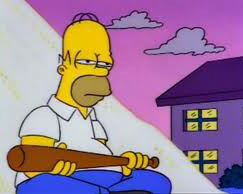 Now that I'm no longer in an open relationship with you lot and can fully commit to SCH, there's some things we got lax on that I hope I can bring back full time. This is one of them, as well as my Angry At Numbers posts that I was doing over at the corporate nipple. Please don't ask about the podcast, we're efforting it but the cost of the equipment to do it the way we want to, as well as finding the time is beyond all us broke-asses at the moment. We'll get there sometime, I promise.
Right, to the sugar!
The Dizzying Highs
Patrick Sharp- So many contenders for this one, you could name half the team, couldn't you? While Patrick Kane has grabbed a lot of the headlines, and rightly so, as well as Andrew Shaw and a couple others, I still think it's going unreported just how superlative a season The Sharp Shooter is having, especially lately. He's the Hawks best penalty killer at forward, he's probably their most dangerous player on the power play (whatever that means at this point), as well as making that second line go. He's become more of a provider to Kruger and Stalberg than his game would have suggested before, and with Kane and Hossa loaded up on the first line there was a fear that second line would be a barren wasteland. It was the best line against St. Louis, as well as at Dallas, and Sharp provided the platform for Stals to Easy Goer his way past Dmitri Orlov last night (how many of you will get that reference?). While most of the stories this year are about his daughter or looks, the Hawks have a simply wonderful player in #10.
Viktor Stalberg - I know this is a narrative I've been pounding all season, but doesn't five points in four games speak for themselves? Stals had a major hand in comebacks against the Kings and Blues as well as getting out front of the Stars and Caps. And teams like St. Louis and L.A. are the ones he supposedly struggles against because of their style and size. And yet the dude just keeps skating, and keeps making things happen. He's got a real shot at 20 goals for the first time in his career, and he'll have done that from all four lines as well as not tallying a point or barely even getting a look on the power play. When citing the Hawks problems, this guy should be so much farther down the list than he is on a lot of fans' lists that I feel like I'm going to swallow my tongue.
The Terrifying Lows
Niklas Hjalmarsson? - When you're 7-1-1, it's a real struggle to find anyone to put here. So simply for his turnover last night that led to Knuble's goal and made it a game for all of three minutes, he'll have to sacrifice himself for this. It's that kind of turnover that still gives me nightmares about what will come in the second week of April and beyond, because in a playoff series teams will focus solely on making that happen. That said, with Olsen's steady play on the 3rd pair and Montador hopefully returning to health, Hammer's yippiness with the puck could see him out of the lineup if it costs the Hawks too much.
The Creamy Middles
Johnny Oduya - He could easily be in the top category, but when he was acquired it was his steadiness that we hoped would calm everything down, and that's exactly what has happened. The only thing he'll ever wow you with is the amount of times he just does the exact right thing, at least at the moment. But if it calms down Leddy, and gets the Hawks transition game going, which it has, isn't that all we want?
Corey Crawford - A lot of his saves have looked like whiteboy dancing, but they've been saves at least. Four goals conceded in 165 minutes? Yeah, that's fine. While some think I'm a little out there in hoping Q opts for Crawford down the stretch here as he may not have the ceiling any more that I once thought he did, I cling to the hope that all of Crow's good performance have come in big games against big time opponents. Well, they're all big games now. It's not much, but it's what I got.