Share All sharing options for: Admiral Akbar To The Squawk: Hawks at Jackets Preview/Pregame Thread/Drum Clinic 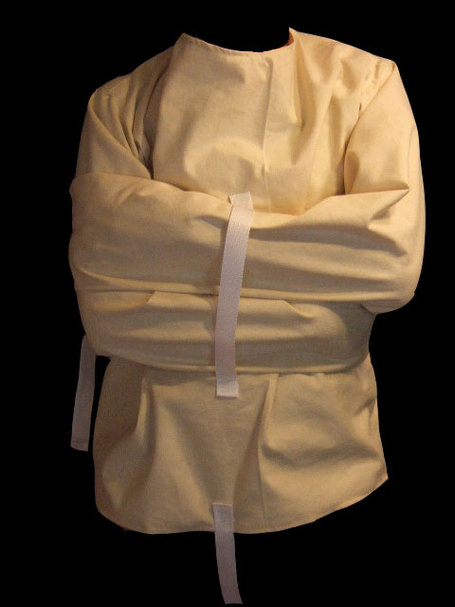 Yeah, need the Admiral for this one.

I'm sure I'm not the only one who feels just a touch itchy about this one. Hawks have been playing well, the game seems to be coming together at finally the right time (barely), have had some big wins, we know exactly what's waiting back at home tomorrow night, and they're invading the rink of a team they've beaten five times by three goals or more. Can you say "trap"? Sure feels that way, at least to the paranoid crowd like myself. I'm just that way.

Earlier in the month, after the relief of getting Jeff Carter's mopey ass out to the Coast, having the whole Rick Nash I really like it here but wanna go and my GM just threw me under the bus silliness, and getting a player who at least can sound like he's happy to be in Columbus in Jack Johnson, the Jackets were a bit more spiky than they have been all year. They put two over playoff-chasing Phoenix, one over Colorado, as well as clowning the Kings upon Carter's return to Ohio.

Then gravity kicked in. Beaten in both halves of a back to back by St. Louis, whitewashed by the Oilers, and a pretty close defeat to the mired-in-March-Doldrums Canucks. However, they come into tonight off the back of a win over another playoff chaser in Calgary, that one via the Dunk Competition. So they have been playing better, as they know the trade deadline is gone and this is the team they have to finish up so they might as well audition for jobs next year and play a bit loose.

But what scares me the most is that there are few more motivating factors in sports than fear of embarrassment. Remember a few years ago when the Hawks were just awful, but once or twice a year would jump up and give Scum all they could handle when they weren't paying full attention? Because Scum should have blown out the Hawks every game by two touchdowns back then, but that fear of getting pantsed would spark the Hawks every so often.

Columbus could go 0-6 to a division rival, and there's no way that isn't the rallying cry for them tonight. And there's every chance the Hawks might be searching with their good eye closed, having cuffed this team in every meeting, feeling their oats at the minute, and the blue and green waiting in Chicago for another knife fight.

And, I can't believe I'm writing this, they may be seeing a revitalized Steve Mason. Yes, we all know it has to do with finally finding out he could wear the right sized pads (find that really hard to believe), but whatever it is he's won six of his last eight decisions. Seeing as how he's been perforated in every appearance against the Men of Four Feathers this year, he'll have extra motivation as well.

I haven't seen an official proclamation from the Mount Q yet, but I'm guessing Corey Crawford will get the start, as he will until he spits it or until seeding in the playoffs is officially established. Don't look now, but two wins in the next two days not only put the trap door firmly in the rearview, but it would also put hot, stinky Hawk breath firmly on the necks of an aging, injured Detroit neck. Anyone up for a Game 1 at home?

Focus, Hawks. The Canucks game will get here when it gets here. The Jackets must have your full attention, because you're getting theirs.