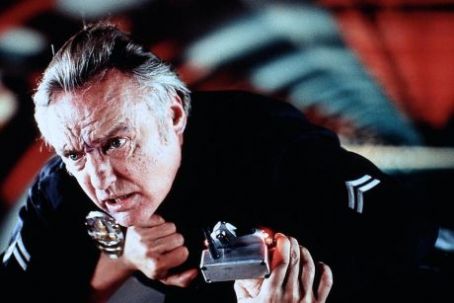 Game Time: 3:00PM CST
TV/Radio: WGN Ch. 9, NHL Network, WGN 720 AM
Drop The Stick: Winging It In Motown, Abel To Yzerman
Alright, pop quiz hot shot. You're buried in the Western Conference standings mostly due to your own ineptitude, both on the road and on special teams, and now you find yourself desperate for points in the building of your oldest rival where they've been nearly invincible- what do you do?
Despite having the average age of a retired Atlanta P.D. bomb squad officer, this year's Scum squad hasn't been ready to just accept their shitty gold watch of a parting gift and disappear quietly. After a mid season surge which included a preposterous 23 straight wins at home, Scum have found themselves slowing down slightly, with Scum Jr. in St. Louis banging down the door in full bomb squad gear to their booby trapped house with 89 points themselves. Part of the problem of late would be having their thumb blown off not to long ago with Pavel Datsyuk and Nicklas Lidstrom both missing time in the last two weeks, including today's game. That's not to say that they're not going to present a stiff challenge, as there are still video cameras and trap doors everywhere on this roster, with Henrik Zetterberg still posting strong numbers for any reasonable human with 54 points in a "down" year, and Valteri Filppula sliding over to center with little complaint or change in his play with Dats' injury. And once again, backstopping the whole nefarious plot is Jimmy Howard, who has covered for a lot of mistakes of a defensive corps that can still be beaten wide with speed.
As for the Men of Four Feathers, of late it's seemingly been one ridiculous obstacle after another thrown in their way as they attempt to rescue their season as it careens down the expressway. With Jonathan Toews, Steve Montador, and Niklas Hjalmarsson all miss time due to dizzyness, it's been up to the rest of the roster to play a smart, controlled game while not being able to win a faceoff to save its life. Friday night in Ottawa was a good start, as that team's style played right into the Hawks' strength of denying entry at the blue line, rather than having to retrieve a dumped in puck and risk getting blown up and/or run over by an out of control bus of a forecheck. While Scum would prefer to play this way as well, they're far too well coached by Babs to fall right into that, especially without their top offensive weapon, so look for Nick Leddy's corner to once again be a busy place.Ray Emery will start things off in the cage again tonight, having earned it with only two goals allowed in his last 100 minutes of action which included some excellent rebound control.

So while the solution to this particular quiz might not be as simple as shooting the hostage, it will definitely behoove the Hawks to use what has worked and kept them close to Scum so far this season - speed to the outside, and short, smart passes instead of trying to be a hero, and the Hawks should be able to keep things within striking distance. As stressful as the Hawks are making the end of the regular season, if they can leave Scum with a severed head covered in indelible ink, it'll go a long way toward anchoring them deeper into the #6 seed in the west. Although, I have heard that relationships based on these types of stressful situations never work out. Let's go Hawks.