Share All sharing options for: The Strength To Go On: Hawks 5 - Preds 4

That's not exactly how you draw it up, but then again, I'm not sure how you draw it up without Toews & Keith, against a team that's had your number all season. The bottom line is that the Hawks laughed last tonight, and they were able to clinch their fourth consecutive playoff appearance.

The Men of Four Feathers came out gangbusters in the opening frame, drawing a penalty in the early going and putting 7 shots on Pekka Rinne in the first five minutes. Getting an early goal on Rinne is always huge, and the Hawks were able to do so on the man advantage. Sharp attempted a backhand pass over to Kane which deflected off Hal Gill and got past Rinne to open the scoring. The rest of the period was a wide open affair with both teams trading numerous chances. A spectacular first from Corey Crawford, including great saves on Hornqvist and Spaling, kept the Hawks ahead after 20 minutes.

The Hawks opened up the second period on another powerplay, and were able to cash in on a great zone entry by Patrick Kane, and a slick Hossa saucer pass through two Preds and onto the tape of Dave Bolland, who buried the shot in Patrick Sharp-like fashion. The lead got even more comfortable as Nik Hjalmarsson made a heads up stretch pass to Patrick Kane, who was a bit (ahem) slow to get out of the neutral zone after coming off the bench; Kane beat Rinne 5 hole to bring the lead to 3. Less than two minutes later, Viktor Stalberg blew by Bouillon, got his initial miss back, and banked the puck in off of Rinne to bring the score to 4-0. At this point, it looked liked the Hawks might actually get payback for the beating they took on home ice last Sunday, but it didn't quite work out that way.

Martin Erat scored his obligatory annoying goal on the powerplay after Dave Bolland was sent off for a silly interference penalty. Things got dicey less than a minute later when a Shea Weber wrist shot went off of Johnny Oduya, and by Corey Crawford. The Hawks were able to fend off the Preds for the final 10 minutes of the period, but you could sense that the collective confidence of the Men of Four Feathers was waning a bit.

Early in the third, Seabrook & OD played a quick game of "No, you take him" and the stereotypically-gold-chain-wearing Radulov put on an unpredator-like display of skill to beat Corey Crawford on the backhand. At this point, the game tying goal seemed inevitable, and we had wait all of 48 seconds for Weber to find the equalizer, through a Hornqvist screen, on the man advantage (dumb penalty number two for Fabulous Weapon). After four unanswered goals, I'm not sure that you can call the next goal "answering right back", but in relation to the Preds fourth goal, that's exactly what the Hawks did. Seabs made a savvy veteran move in pinching into the slot after he saw that Bolland Bickell retained possession of the ring around attempt. Bolland Bickell dropped it off to Shaw, who made an unbelievable backhand pass to Seabs for the game-winning goal. Not even two boneheaded late icings from Bickell could keep the Hawks from hanging on to the one goal victory, and they survived the bumpy ride to come out with two points and (with the LA & Dallas losses) a guaranteed 6th or better seed.

That was nearly as exhausting to recap as it was to watch, so let's get to the bullets. 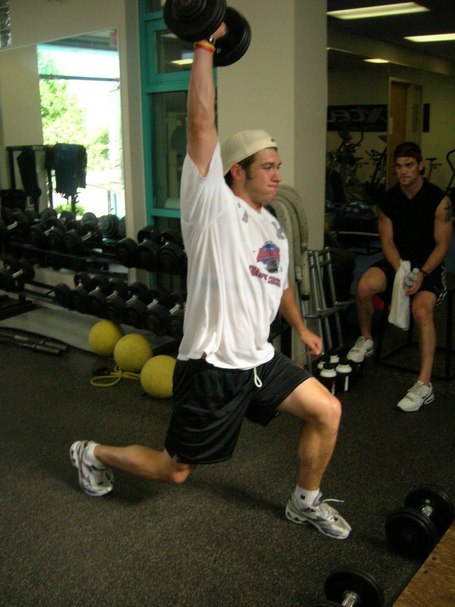 There were a few guys in play for tonight's POG: Kane had six shots and two points, Hammer had one of his best games of the season with a nice assist and a game-high +2 rating, Sharp was a candidate with a goal, 5 shots, and over 23 minutes of ice time, and Shaw had a couple of big assists. Seabs gets the nod here though; 3 shots, 2 points including the game winner, and a ridiculous 31:12 TOI.