Overnight our fundraising drive reached its stated goal of covering the cost of the construction of TheCommittedIndian.com, and we're already exceeding that amount. We're incredibly honored and humbled by all of the support you've shown, and are continuing to show. This has honestly surpassed any expectations we had for this project, and we could not be more thankful for this incredible display from you all. As was discussed yesterday, you'll find some more details regarding the project after the jump.

We stated this yesterday; that our goal in all of this was transparency, so it is with that stated that I'm proud to present everyone with our first installment for the guys at Coulee Creative, who now have the green light to break ground on the new site. 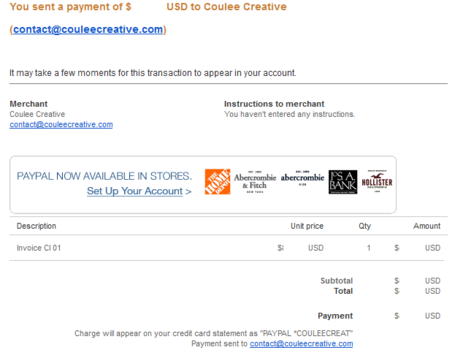 Even with the goal met, we are still leaving the fundraising drive up and running for the next couple of weeks or so, and every little bit continues to help. We set the goal towards the low end of the spectrum as there is no way we could have expected an outpouring like this. There are other incidental costs that may continue to come up or already have in regard to the site's construction, such as the use of wire images. Every little bit helps, and as we previously stated, any donations in excess of covering costs will try to be used to fund a launch party at a time and location to be determined as the season grows nearer (depending on what Gary and Don have to say about it).

Judging from the comments yesterday, there also seems to be a little confusion regarding some of the details of what's happening. Some of the reaction was as if we were giving up the gig entirely, and that couldn't be further from the truth. We're simply taking our "special" brand of insight somewhere else, under a banner that you have now all helped to raise. And once we're there, we plan on expanding what we can do with the outlet, most specifically a more efficient and comprehensive outlet to purchase the (digital) print edition of The Committed Indian, and more true synergy between the two. The question of credentials was brought up once again, and though it seems less likely we'd be offered them as an independent entity no longer affiliated with SB Nation, should the opportunity arise again, it will have to be seriously considered in the name of bringing you the best possible coverage available. Additionally, there's no way we could move to a new arena without plans in place for a live commenting system, so rest assured that won't be a change you will have to endure, though it is going to require creating a new account on your part. And yes, we will be taking the Beards of The Day, Angry At Numbers, Grinds My Gears, and other features with us.

Furthermore, we should have an announcement in the relatively near future regarding who the new warden here at SCH will be, and there should be plenty of time to get acclimated to his voice and style.

If there are any further questions don't hesitate to ask, and as has been the case the entire time, if nothing else we hope that you are able to add one more site to your daily circuit of Hawks information on the web.