A Stick Tap To An Old Rival

Share All sharing options for: A Stick Tap To An Old Rival 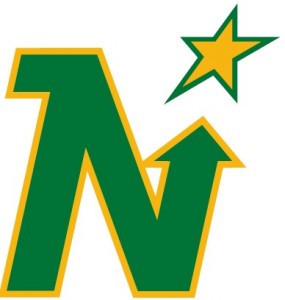 Back in the 1970s and 80s the Blackhawks rivalry with the Minnesota North Stars was just and big and just as ugly as the rivalries with Red Wings and Blues. I remember many a game where Al Secord would muck it up with a North Star, usually Basil McCrae. I know for a fact there are hockey fans in Minnesota who still own their "Secord Sucks" buttons. I can still hear the "Dino Sucks" chats echoing off the rafters of the old Chicago Stadium directed at one my most hated players of all time, Dino Ciccarelli.

The Nanne family has a special place in the rich history of hockey in Minnesota. Lou Nanne played 635 career game on defense for the North Stars throughout the 1970's. Shortly after his playing career ended he was named general manger of the Stars and quickly turned them into a perennial contender. The Stars made their first trip to the Stanley Cup Final in 1981 under Nanne's guide. He was responsible for drafting the likes of Neil Broten, Brian Bellows and Mike Modano. Nanne's mark was all over the 1991 North Stars team that made it to the Stanley Cup Final as well.

Every American hockey fan owes a bit gratitude to Lou Nanne. He was one of the architects of the 1980 United States Olympic hockey team. It was Lou who brought in Herb Brooks to coach the team. Lou Nanne was one of the men responsible for the greatest upset in sports and gave Americans pride that has gone unmatched since those unforgettable days in Lake Placid, NY.

Lou is still involved in hockey in Minnesota. As recently as 2011 he was in the broadcast booth for the Minnesota high school state tournament. His grandson, also named Lou, has been drafted by the Minnesota Wild.

On September 21st Lou's son Michael lost his 2 1/2 year battle with brain cancer at the age of 48. Michael's hockey career was cut short when he lost his leg in a motorcycle accident when he was 18. That didn't stop him from being part of hockey in Minnesota. He became a dentist and was the Wild's team dentist since the team's inaugural season in 2000. Knowing what it is like to lose a loved one way too soon because of cancer I wanted to extend my sympathies to the Nanne family. Hockey in America is in a much better place because of the efforts of Lou Nanne. I wish comfort and peace to everyone Michael Nanne has touched throughout his 48 years during this very difficult time.