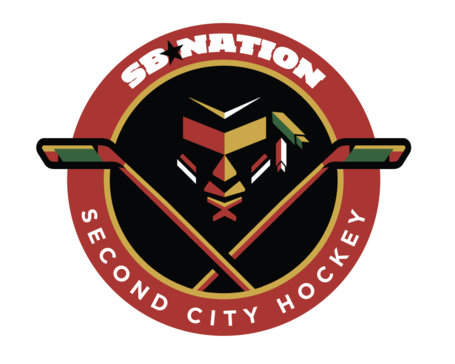 This is probably the only post I'll ever write for a Chicago audience, so I'll try and get over the 2010 heartbreak that still lingers. At least for a second.

As you all know, we're in the midst of some changes here at Second City Hockey, and today is a big day. While the current crew is preparing their new home over at the Committed Indian, we've been working to replace them (tough task) here at SCH. Later today we'll be introducing our new editor here at the site, and it's pretty good timing.

Across the SB Nation network today, we're unveiling new logos for all 300-plus blogs in our network. It's the first step in a project we're calling SB Nation United, and what's coming in the next month or so is even more exciting than this first glimpse. You can browse through all the new logos at sbnation.com/united.

Please be sure to stick around for more, including an intro from our new editor in a couple of hours. (Or probably tomorrow!)