The Blackhawks begin their defense of the Stanley Cup against the reigning league MVP Alex Ovechkin and the Washington Capitals.

Share All sharing options for: Preview : Blackhawks vs Capitals Numerology 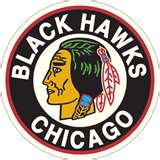 3.4 million-The annual raise Bryan Bickell got in the offseason. Let's hope he lives up to the deal.

87-The number of games played between these two franchises. The Blackhawks have a 40-34-11-2 all time record versus Washington.

62- Total points Capitals coach Adam Oates scored against the Blackhawks, in 60 games, during his playing career (11 G, 51 A)

26.8-The Capitals power play conversion during the 2013 season.

24-The number of goals scored by Ovechkin in the last 23 regular season games last year. He scored only one in the playoffs.

5-The number of Stanley Cup banners that will hang from the United Center rafters after tonight.

3-The number of defending Stanley Cup Champions to win on their banner raising night in the last ten seasons. (Penguins in 09, Ducks in 07 and Avalanche in 01).

2.39- Career goals against average for Braden Holtby in 57 career games.

0-The number of preseason games Brooks Laich, Marian Hossa and Michal Handzus played in. All three are expected to play tonight.