Got to spend the day at the United Center with the Chicago Blackhawks and the Boston Bruins.

Share All sharing options for: Media Day In Chicago

I got my first taste of being an accredited member of the press today for media day at the United Center. I am living proof that any dope with a computer can get credentials these days! I got some great advice before heading down to the United Center. I was told to act like I belong there, because I do, and it came in handy. I am not sure who I was more in awe of, the players or the broadcasters and writers I have listened to and read for years. Getting to spend an afternoon with the likes of Doc Emrick, Troy Murray, Steve Levy and Pierre Lebrun was a great experience.

It was hard to get many good quotes because you had about 12 players all out at the same time. Most of the time I heard six versions of the same question; how do you prepare for a team you haven't played this year? Jaromir Jagr caught a group of reporters off guard when he reminded them he has played against the Hawks twice this year as a member of the Dallas Stars. Speaking of Jagr, Brandon Saad got a kick out of being told he wasn't even born the last time Jagr played in the Stanley Cup Final.

Brandon Bollig was one of the more popular players at the beginning of the Hawks session due to his apparent insertion into the lineup for Game 1. Viktor Stalberg wore the dreaded white jersey again in practice and Bollig took shifts with the 4th line. Bollig said that it was surprise, but a welcomed one for sure.

Of course, when I finally got close enough to hear what Corey Crawford had to say he switched from English to French. This was a trend that would follow me as both Johnny Oduya and Niklas Hjalmarsson answered some questions in their native Swedish tongue. And if you think Zdeno Chara is scary and intimidating on your TV, you should see him up close and personal. When asked about the 2011 Bruins, Jonathan Toews said he was just happy that the Canucks didn't win it. I learned that Duncan Keith was Bruins fan growing up and is looking forward to playing in Boston.

One player I did enjoy quite a bit was Brad Marchand, but I am sure that will change shortly after the puck drop tomorrow night. He was quite funny and told reporters that Andrew Shaw's autograph is worth more than his. Andrew Shaw relived accounts of his first fight in juniors, against a player who was 6'8. He also let us know that he wanted to be Wendell Clark when he was growing up.

It was a great day and an even better learning experience. I want to thank SB Nation and the NHL for giving me the chance to be part of the press corp that is covering the 2013 Stanley Cup Final. It is going to be so hard not to be a fan while covering the games at the UC, but I think can't handle it......maybe.

Here are some of the better photos I was able to snap today. Enjoy! 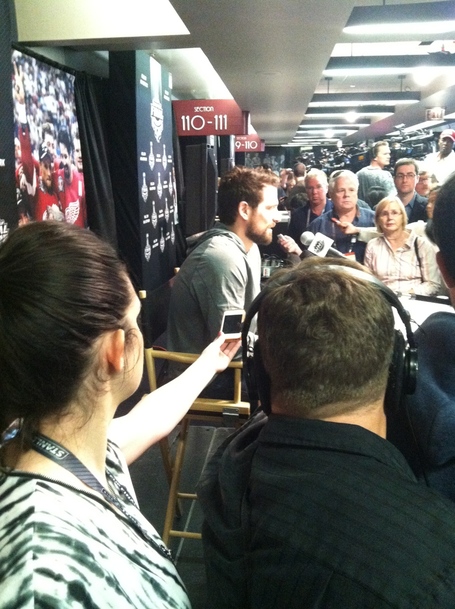 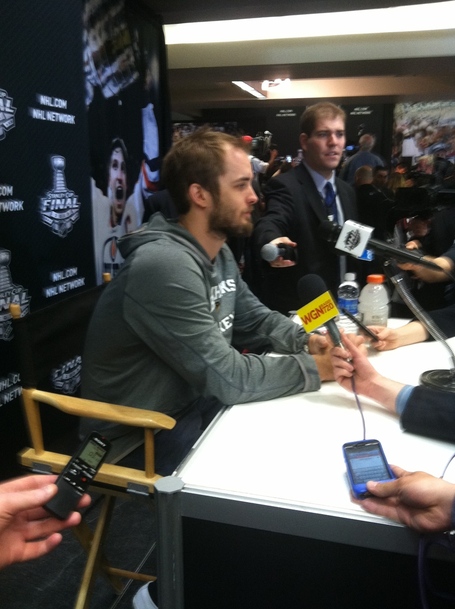 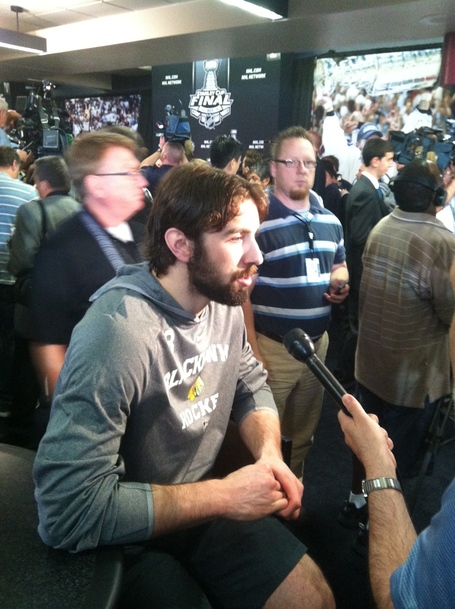 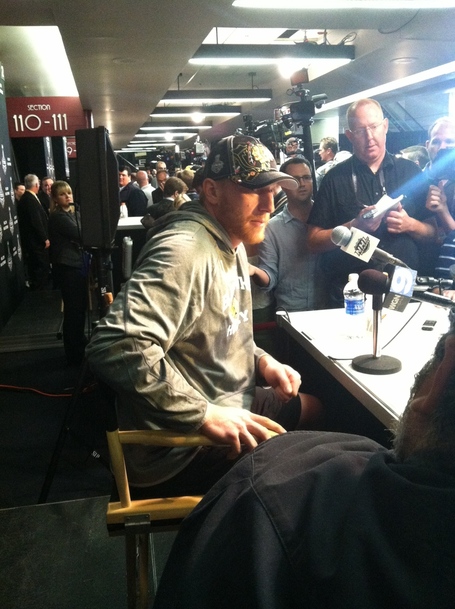 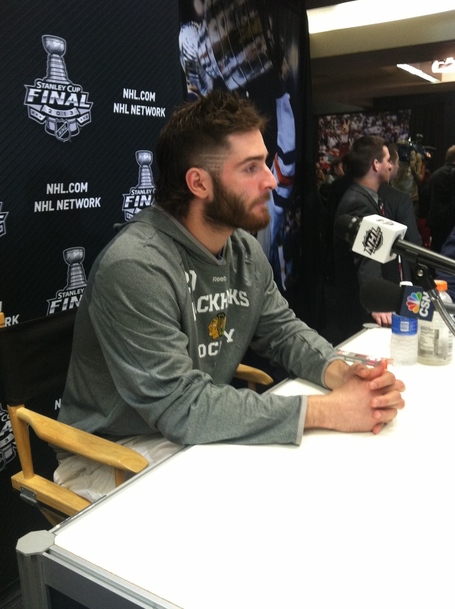 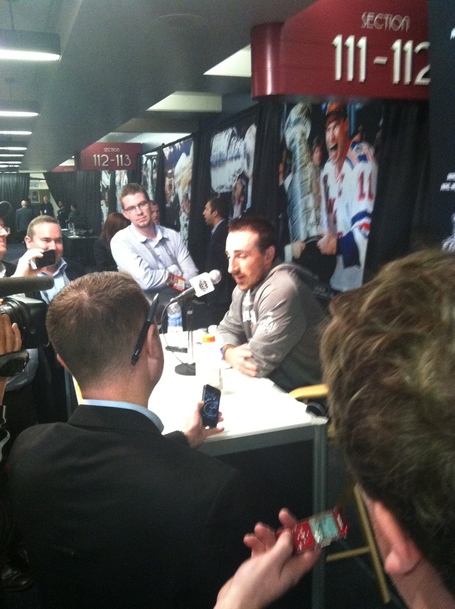 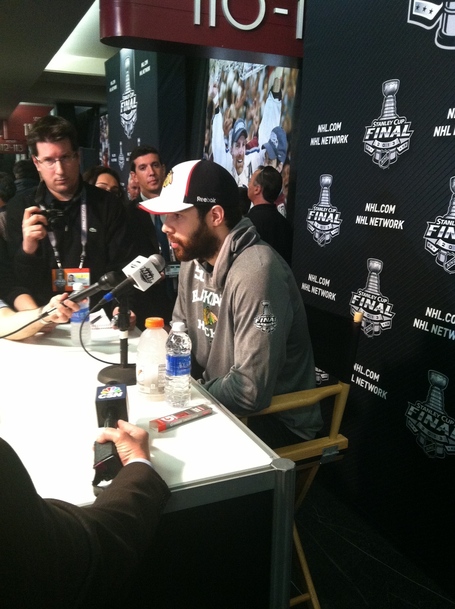 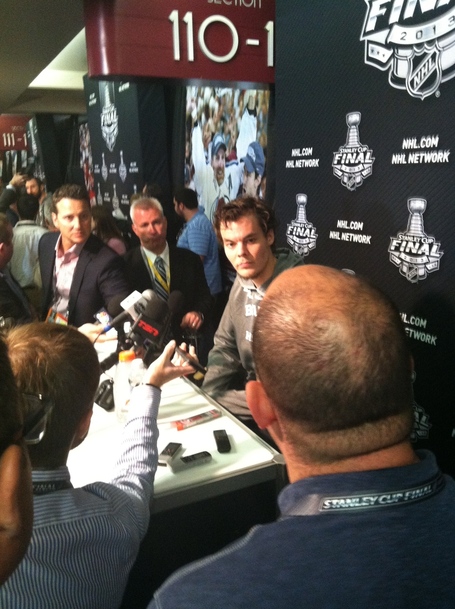