It's time to take a trip to the State of Hockey and see what our new rivals in Minnesota are up to these days.

The Wild made the biggest noise in the summer of 2012 by landing both Zach Parise and Ryan Suter for a mere $196 million. Then their owner, Craig Leipold, helped shut the league down by saying that long term, back loaded contracts were ruining the game! Wait, what? The big splash did payoff as the Wild made a return to the post season and became the Blackhawks first victim on their run to the Stanley Cup.

This summer was not as busy for the Wild but they still made some changes to their roster.  They sent fan favorite, and owner of 100 douchey mustaches, Cal Clutterbuck to the New York Islanders for the disgruntled former number pick Nino Niederreiter.  Sorry, but every time I hear his name I can't help but think of this guy: 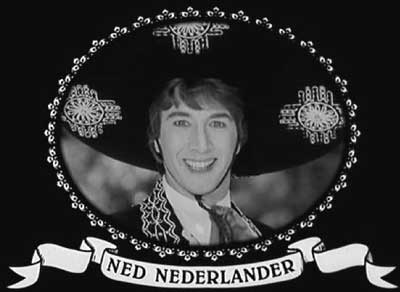 Ok, where was I? Oh yes the Wild! Minnesota also added Jonathan Bluff and Keith Ballard to their blue line.  They capped off their off season by bringing in one of biggest jags in the game today, Matt Cooke.  It will be fun to watch the "defending Matt Cooke's actions" torch get passed from Penguins fans to the Twitter accounts in the Twin Cities.

Today we have friend of the program, Emilie, who keeps things in check over at Hockey Wilderness to discuss all things Wild.

Jonas Brodin was one of the biggest surprises of the season, being so good so fast. How does he improve on a fantastic rookie season?

Honestly, there isn't a whole lot Brodin can do to improve. He's calm, collected, and plays with the poise of a NHL veteran. He has a wicked shot when he uses it, but last season he tended to defer to the more experienced guys to take shots at the net. This season he should be seeing more power play time, and has the potential to score more points. But honestly as long as his defense stays as sound as it was last year, he can stay off the scoreboard all he wants.

The Wild spent $196 million dollars in summer of 2012 for 5 extra playoff games. Do the Wild have what it takes to make a deeper playoff run this year?

The Wild may have only have 5 more playoff games, but those were 5 more games than they had seen in the 5 years prior to that, and there were 14 teams who didn't get to see any of those extra games. Obviously it depends on how the team works together during the season, but most likely the Wild will be a consistent playoff team for the near future.

How much of a concern is the durability of Niklas Backstrom this year?

It seems to be more of a concern to other people than to Wild fans. No one is saying Backstrom is an elite goaltender. But Corey Crawford isn't an elite goaltender either, and everyone watched him march into the playoffs and help the Hawks win the Stanley Cup.

Backstrom tied for the most wins by an NHL goalie last season. He was injured at the end of the season, but he had started nearly every game during the entire season last year. With a less condensed schedule and a more tandem approach to goaltending between him and Josh Harding, there isn't a whole lot of concern.

Is this the year Mikael Granlund breaks out?

Hopefully. Granlund came into camp and looked phenomenal. The big issue is that he is a top 6 player, and right now there are so many solid players in the top 6 for Minnesota that it could be hard for him to earn a spot. Right now he's in a neck and neck battle with Winger Jason Zucker for a roster spot out of camp. If he doesn't make it, he'll be the 1st injury call up for the top 6. He has such a high skill level that if he takes another year to develop into a full time NHL player, most fans would be ok with that.

Who will provide the physical presence now the Cal Clutterbuck has been traded to the Islanders?

Matt Cooke, Charlie Coyle, Keith Ballard...there's no shortage of guys who can step up and fill a checker role. Cooke is taking a wing spot on Clutterbuck's old line, but any number of guys can step up and make big hits if that's what the team needs.

Last year the Wild were in the bottom third in goals per game, scoring just 2.46 goals a night. Where will the goal scoring come from this year?

Honestly, the team will take goals from anyone they can get them from. But the most likely candidates are Zach Parise, Jason Pominville, Mikko Koivu, Coyle, Nino Niederreiter, Zucker and Granlund.

What needs to go right in order for the Wild to compete for the Central Division title in 2013-14?

A major implosion of other teams? Realistically, the Wild will finish 3rd in the central. If the Blues play like they have in the preseason at all, there could be a possibility of finishing as high as second. It's pretty unlikely that the Wild would finish above the Blackhawks in the regular season. But, stranger things have happened.

I really appreciate Em for taking some time out to join this silliness.  The Hawks and the Wild will play five divisional games this season.  Minnesota comes to the United Center on October 26th and April 3rd.  The Hawks travel to St Paul on October 28th, December 5th and January 23rd.