A look at some of the trade rumors going around the internet, from the ridiculous to the down right absurd. (Click on the screenshots for a larger image)

With the trade deadline looming, fans have taken to social media to discuss potential deals. Many of those rumors changed when the Blackhawks traded Brandon Pirri on Sunday night, but the ideas for many of these deals are still fun to look over. These snippets were collected from several sites and many were sent to me by the terrific @BookjonesHockey so I am very grateful. The names have been blacked out to protect their identities. Click the screenshot to see a larger image. 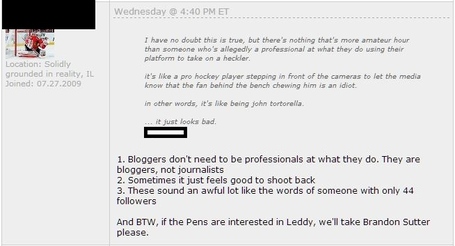 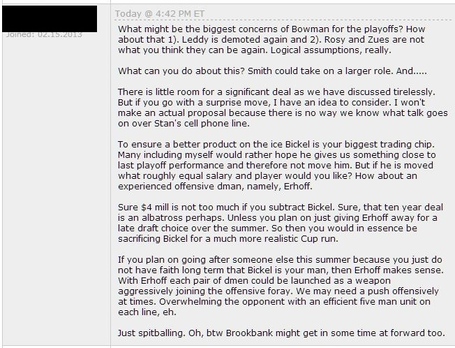