The last few games for the Blackhawks have been a bit strange to say the least so let's just be happy that the "real" season starts in a few days. You know that time of the hockey season wherein you frequently feel the urge to throw up and cry all while jumping up and down on the chair you've watched every game in while wearing your favorite and/or lucky jersey. Until the playoffs start, think happy thoughts about Spring and enjoy this terrible drawing that I was told to include in this recap by the bullies (i.e. friends) on Twitter. 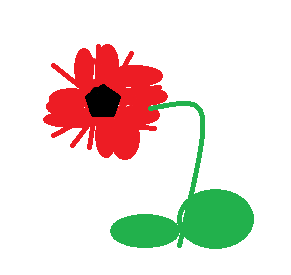 Here are the highlights of this completely meaningless (well almost) game.

Ben Smith scored off of a nice feed from Brandon Saad. Marian Hossa did a ridiculous thing where he skated from the defensive zone through some defenders, around the back of the net and still managed to score on the wrap around. Once he scored that goal, Joel Quenneville benched him to allow him to rest. Antti Raanta has had better nights but he did make some nice saves particularly on a 3 on 1 shorthanded rush in the second period. More often than not, the young Finn got pulled out of position pretty often and gave up some goals that probably should not have gone in.

A big congratulations to Matt Carey on scoring his first NHL goal on a lovely shot that was assisted by Bryan Bickell and Brandon Saad. Jeremy Morin and Andrew Shaw also scored for the Blackhawks.

The advanced stats can be found here (via www.extraskater.com)