My completely personal, borderline illogical ranking of the Blackhawks

Who's your favorite player on the Blackhawks? Here's my list based on a complex formula of intuition, hockey feelings and late offseason boredom.

Share All sharing options for: My completely personal, borderline illogical ranking of the Blackhawks

We started a brief series here at SCH earlier this week ranking the Blackhawks by trade value, one of many ways a reasonable person could sort out the roster. That post, at least as a jumping point for discussion, could be considered a useful source of information.

This post, however, will not deserve such merit, because it's based on nothing but the games I watch, the stories I read and the thoughts I think.

That's because I decided to rank the different Blackhawks, for a variety of reasons both sensible and silly, from 1 to 23. There are no stats here, or arguments about the contracts and usage. This is just me deciding whether I prefer Brandon Saad or Niklas Hjalmarsson, if for no other reason than to think about hockey when it's still 80 degrees outside.

So while we're probably going to say goodbye to one of those fine men before the beginning of the season (sad face), here's my unnecessary but totally necessary ranking of the Blackhawks (Don't tell me you don't have a similar list or preferences, so include 'em in the comments!):

He seems most likely to get traded, so we'll say he's my least favorite since someone has to be. Also I know he's a d-man but we're talking two seasons, 109 games (including playoffs) and a grand total of two goals. I'm not angry so much as I feel bad for the guy.

Liking him would mean he's playing a lot, and that's not supposed to happen in any ideal scenario for the Hawks. So Raanta and his .897 save percentage from last season can chill down here for now.

Decent young player, probably won't be a star. Makes me think of a women's clothing store my mom used to shop at. Could get some action on the bottom two lines, which is pretty neat I suppose.

So many defensive lapses, and every time he blasts into the offensive zone with the puck you wonder why he spends half the game being so timid. There's serious high-level ability here, and it's become frustrating watching him struggle to fully capitalize on it.

It's a tough balancing act between the memories of monumental postseason play, which are fairly limited, and the abundance of times I've yelled at Bicks from my couch. None of this would be nearly as infuriating if not for his $4 million price tag.

Don't really know what to do with Regin yet but he seems non-threatening enough, right?

I once played a franchise mode in NHL 14 where Rundblad became a 95 rating and was one of the best players in the league, let alone Chicago. I don't know how it happened but it was magical and real and I'll forever believe that's his upside. 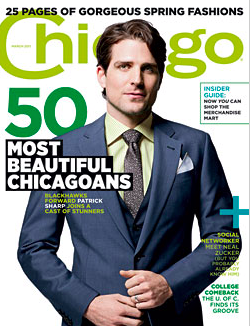 Can't compete with this damn guy.

He's gotten so much better that it's hard to believe there's a whole lot more in there. Everybody likes a good defensive forward every once in a while, but I don't think anybody would confuse Kruger's game with being pretty.

Everyone's still mad at the guy about the 2014 postseason, but Versteeg is still not too far removed from four straight 20-goal seasons, his salary is being offset by another team and he was a key contributor to the 2010 Cup team. So the Hawks definitely needs more than they got from Steegs last season, but I still see the bright side. Kinda.

Solid player, super generic name. Fully goes by Benjamin Alexander Smith. It's almost curious how boilerplate his name is. Wouldn't go on a backpacking adventure with him in the middle of the woods, for example.

He's the new guy, so I don't know how much I like him, but I like good hockey players and Richards appears to be that. If he can turn Kane into a goal-stacking uber-threat, the veteran center should find a place in our collective heart soon enough.

I got this from Morin's Wikipedia page: "Morin is considered a gritty player for a goal scorer, he plays hard, and has a bit of an edge in his game. He plays a solid all-round game, possesses a high hockey IQ, and competes every shift." I don't know if his uncle wrote that or something, but those are a lot of vague superlatives for one sentence so I'm sold.

The dude refused to sit out of a playoff series after taking a puck to the throat. I don't want to get out of bed when I have a scratchy throat, but this dude was cool going toe-to-toe with the likes of Zach Parise and Mikko Koivu even though he couldn't talk. I don't know if that's badass or stupid or whatever but I like the moxie.

Pretty sure he'd pick a fight with a band of adorable animals if it meant putting the team in position to win. Luckily it will never to come that, but every team needs guys like Shaw.

A Swedish dude named "OH DO YA" who's proven to be a credible, effective part of the team's defensive schemes? Sign me up. Few guys on this team have a name as fun to say.

Take an extremely talented young guy and let him spend time around players like Patrick Kane, he starts doing stuff like this:

As much as he drives us all crazy, it's hard not to love the goaltender from a championship team. Crawford may be iffy with his glove from time to time and he's probably never going to be confused with a Lundvquist or a Rask, but he's still a high-level goaltender and part of the solution.

Okay, this is when things start getting really tough. Everyone from here on out is a legitimate cornerstone player. They've all been on the team for years, at least since the beginning of the Stanley Cup-winning season in 2009-10. So we'll start with Seabrook, the least spectacular of the group but a pretty brilliant player in his own right.

My ex-girlfriend's dad was once at a White Sox game when the scoreboard welcomed Seabrook, who was also in attendance. Not such a good Hawks fan, he responded, "Who the hell is that?" Only to have Seabs tap him on the shoulder and say hey. I don't have anything else to add here but that sounds like a pretty cool dude to me. Also he's really good at hockey.

A surefire future Hall of Famer and one of the greatest players I've ever seen in person, Hossa will have a special place in Blackhawks history after being one of the veteran leaders on the 2010 Cup team. Since signing that big deal in 2009, he's been absolutely everything we could've asked for -- even with the injuries -- and offered a shining example for the team's young players. So many of the guys who currently lead this team ultimately honed their craft by learning under Hossa.

It almost feels easy to take Keith for granted given the offensive firepower on this roster, but his two-way play enables so much of what the Hawks try to do. Watching other teams who don't have a star d-man with the athleticism, stick skills and instincts of the 31-year-old, you almost feel bad for the rest of the players on the roster because they have to work that much harder. It's truly a delight watching that kind of Hall of Fame-caliber talent on the blue line.

Oh, Patrick Kane. He's the team's most popular player in so many ways, and for good reason. The combination of electrifying talent, intense work ethic and youthful energy makes him a perfect offensive catalyst, and the number of times he's forced me off my couch is impossible to count. His hat trick to force Game 7 against L.A. was a perfect example of his patience and explosiveness, and it's gotten to the point that you're almost surprised when he doesn't do something crazy. As much as the Blackhawks have become good in recent years, they've also become fun to watch. Kane is the biggest reason for that.

Oh captain, my captain. It's hard for me to express how happy I am to root for a team with a franchise player like Toews, because I've rooted for so many teams that didn't have a player as talented, mature and focused as the Blackhawks' star player.

So many of the guys listed above Toews are flashier and put up bigger numbers, but his ingenuity and relentless in the middle of the ice enables so much of what happens elsewhere. The tone he's set for the franchise, not only from game-to-game but in terms of the big picture, is something that's not easily replicable, because it takes a special player to foster.

Whether it's the advanced numbers, which reflect Toews' incredible ability to drive possession and put pressure on opponents, or the perception of old-timers, who see his leadership on the ice, everyone seems to agree that Toews does things the right way. Winning is always great, but it's even better to win with guys like this.